Patty and I just returned from Hollywood!! Our great friend, James Best and his beautiful wife gave us the chance of a lifetime and we were happy to take it. We were involved in the updated version of the 1959 cult classic Killer Shrews. The new movie is Return of the Killer Shrews and stars the star of the original, James Best. But that is not all, John Schneider, Rick Hurst (both of Dukes of Hazzard fame) and Jennifer Lyons also starred. A real surprise to us was that when we got there we found out that the role that Ken Curtis (Festus on Gunsmoke) had played would be played by Bruce Davison (the star of Willard and many other t.v. shows and movies).

Patty was surprised about two weeks before we headed to L.A. that they had put a part in the movie for her. She was so excited but, if you know Patty, didn't want any lines. She just wanted to be on screen. Jimmy and Dorothy and Steve Latshaw (the Director) decided she would have two lines before being consumed by the Shrews. Well, she did it and was wonderful in her role. Steve now calls her "one take Patty".

I had the role of Neavis who is a crew worker for a television cast that has come to Shrew island to shoot a reality show. I discovered that Neavis is in the entire movie off and on. I went to California with high hopes. When we arrived the first day, well, nervous was not the word for it! I was getting ready to act in a Hollywood movie for pete's sake. Believe me, it was work from the word go. Shooting started immediately and Steve, Dan Golden, Pat Moran, Dorothy Best and the rest made sure that the schedule was kept. We began on June 2 and my filming was complete on June 9. The principal stars still had three days to go but Patty and I had to scoot out and go to Alabama for an event and then on to Oklahoma for the OK Police Chiefs meeting.

We arrived home late yesterday and are still reflecting on a three week trip that included shooting a major motion picture. The crew on the movie from the film crew to wardrobe to makeup to the cgi folks were outstanding and we will miss them greatly. How great it is to have things like facebook, email etc. to keep us close even though we are a country apart.

You can check out the movie at www.killershrewsmovie.com and see lots of photo's from the shoot and keep up on when the premier date will be.

Many thanks and hope to see you down the road. 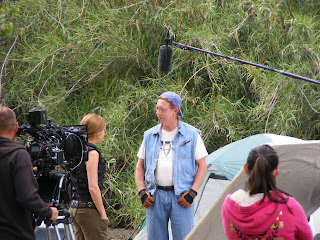 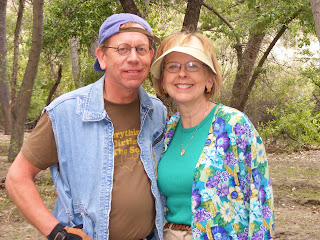